Get Started
MORE INFO
College MatchDay returns to the National Campus with a pair of events in 2022! Learn more and secure your complimentary tickets today.

Menu
Get Started
✕
Thanks! You’re almost done...
is being subscribed to the USTA National Campus newsletter. Help us personalize your experience even more.
Required
Required
Required
Want more? Add the following:
By clicking 'Sign Up' you agree that you have read and understood the terms of use and privacy policy  for usta.com
✕ 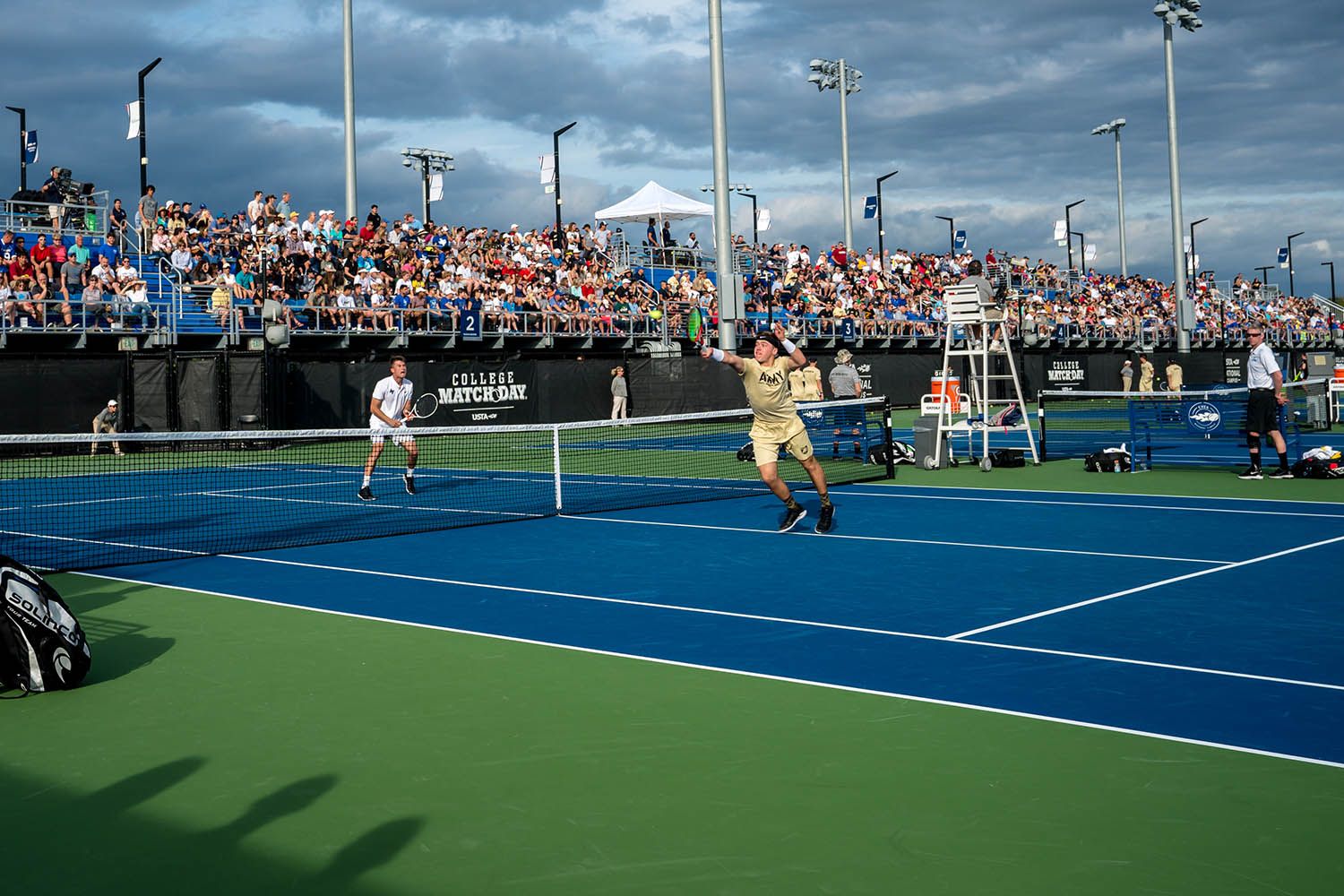 Everything fans need to know before coming to the National Campus. 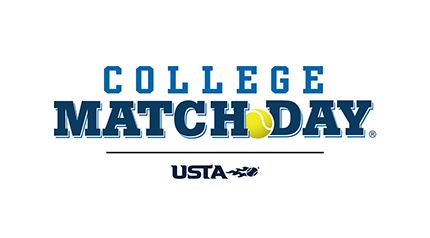 College MatchDay returns with a pair of events in 2022. Festivities begin at 4 p.m. 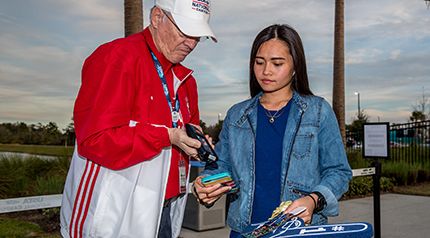 Tickets Are Available Now for Feb. 19!

All tickets for Feb. 5 have been acquired.

Get your complimentary tickets for Feb. 19 on Ticketmaster.com early as a large crowd is expected and capacity is limited.

Although admission and parking are free, a digital ticket is required. There may be a very limited number of walk-up tickets available on-site, subject to availability.

Please note: If there is inclement weather and the matches are moved indoors, fans will NOT be permitted inside due to capacity limitations. 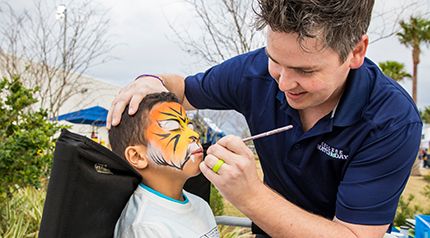 Enjoy a Great Atmosphere for All Ages

College MatchDay is a series of collegiate matches held each year in family-friendly, festive atmospheres to promote the collegiate game in the community and across the country. Tickets are required and can be acquired for free at Ticketmaster.com.

All alumni groups are invited to come out an enjoy a memorable evening of tennis while supporting their alma mater. To learn how to get your chapter involved in future matches, contact brian.ormiston@usta.com. 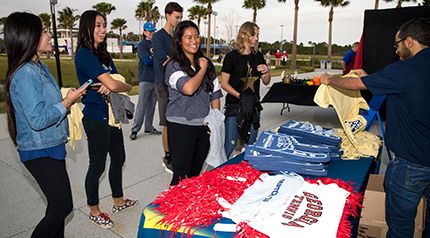 Click Here to find out more about the USTA National Campus, including travel information and food options.

USTA staff is on hand at College MatchDay to assist with any of your questions to make you have a great visit to the Campus.

Parking for all College MatchDay events is free.

Handicap and electric charging stations are located in the front of the main parking lot, immediately to the right of the Welcome Center.

A drop-off circle is available at the front entrance of the Welcome Center as well. 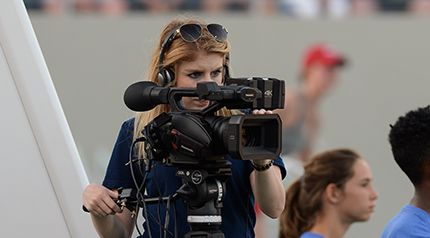 The College MatchDay series has previously been broadcast by ESPN3 and by Tennis Channel. Stay tuned for updates to the broadcast schedule for 2022 if this year will be streamed as well. 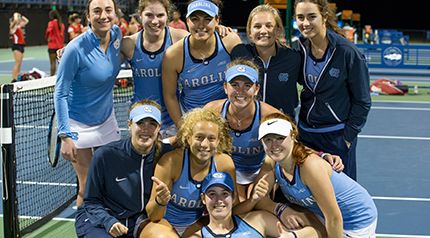 College MatchDay was created in 2013 by the USTA to showcase some of the best college tennis teams and campuses the sport has to offer.

In 2017 with the opening of the Campus and its Collegiate Center in Orlando, College MatchDay now has a permanent home.

Since moving to the Campus, College MatchDay has produced some of the largest crowds to attend regular-season college tennis matches.

The crowds came out in force again in 2019, as an average of more than 1,800 tickets and passes were acquired for five MatchDay events. In 2020, the fans stormed the Collegiate Center as well, including the seventh-largest regular-season crowd for a women's-only match in the entire country since 1995 when almost 1,000 witnessed Ohio State's 4-3 win over Florida State.

Look back on all of the College MatchDay events held at the USTA National Campus by clicking on any of the matches below.

Some of the most memorable crowds have been a part of College MatchDay, including 1,033 fans for the first event in 2013 when the Florida women topped Stanford in Gainesville.

To view all of the results from College MatchDay since its inception in 2013, Click Here.

See all the action from College MatchDay